Dede Nurhayati binti Tatang (42), Indonesian migrant worker from Pasir Nangka village, Sukaluyu, Cianjur, on August 20, 2011 morning arrived at her beloved hometown. Dede returned with swollen leg caused by domestic violence which she experienced during her work in Saudi Arabia. It is now difficult for her to walk by her own.

Dede sent to Arab by PT. Assami Ananda Mandiri, a migrant worker company agent, on June 1st 2010 . Upon her arrival, she worked for her employer, Saad, in Dawadni region. After 3 months working, she is being transferred to Saad parent’s house for 4 months. For all of her 7 months work, she received no salary.

“My latest employer said that my salary had being paid to Mister Saad”, Dede said.

While her rights had not fulfilled yet, she was transferred to another employer, Abdul Aziz. She experienced 3 months work with violence. When she demand for her salary to be paid, all she got was tortures. At one point, Dede retried to demand her salary, what she got even worse. Her employer insult her, tell that she had too much talk and afterwards, her hands pulled harshly up to the stairs and one of her legs was stuck at the stairs.

Ever since then, her legs was bruised and swelling. She couldn’t take it anymore and decided to runaway. She also was hospitalized for 3 months before staff of Indonesian Embassy sent her home.

Dede’s unfortunate story, being tortured by 3 different employers and having her salary unpaid, again, adding bad record of the protection of Indonesian migrant worker. Dede, supported by several institutions which accompany her to handle this case, will keep on fighting to attained her rights, including cost of medication which currently undergoing. 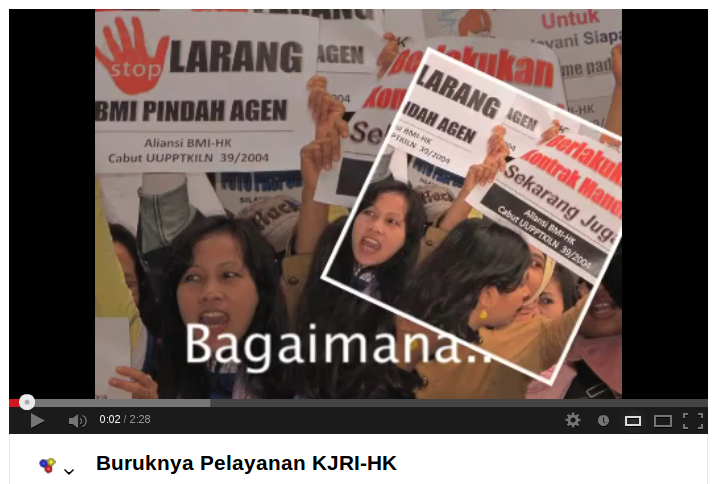