The deaths of three Indonesian Migrant Workers from Eastern Lombok, West Nusa Tenggara (NTB) whose bodies were returned from Malaysia last Thursday (5/4), are considered not natural. This is because several organs of the TKIs are gone.

“I suspect this is a part of human trafficking syndicate, beside prostitution there is also the sale of human organs,” said M Soleh from advocacy division, Koslata NGO.

From the reports of the victims’ families to Koslata, the physical conditions of the remains of the three victims were the same: the eyes were sewn and the eyeballs were suspected lost. Besides that, the left and right chests were also stitched, as well as from solar plexus to lower abdomen.

“I’m not sure the shooting can result to this. This is a very serious offense and the victims’ families were ready for autopsy,” said Soleh.

Based on the certificate from Indonesian Embassy in Kuala Lumpur signed by Heru Budiarso, Secretary Two Counselor, they were reported dead on March 24 due to gun shots.

This case has been reported to the governor of NTB and NTB Disnaker will soon send inquiries to Indonesian Embassy in Kuala Lumpur, Ministry of Labor and Foreign Ministry regarding the unusual deaths of the three TKIs.

From January to May 2012, 24 Bodies of TKIs from NTB Arrived 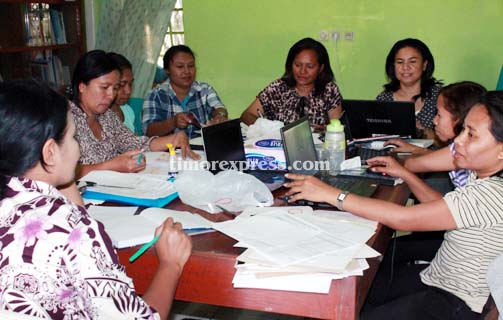