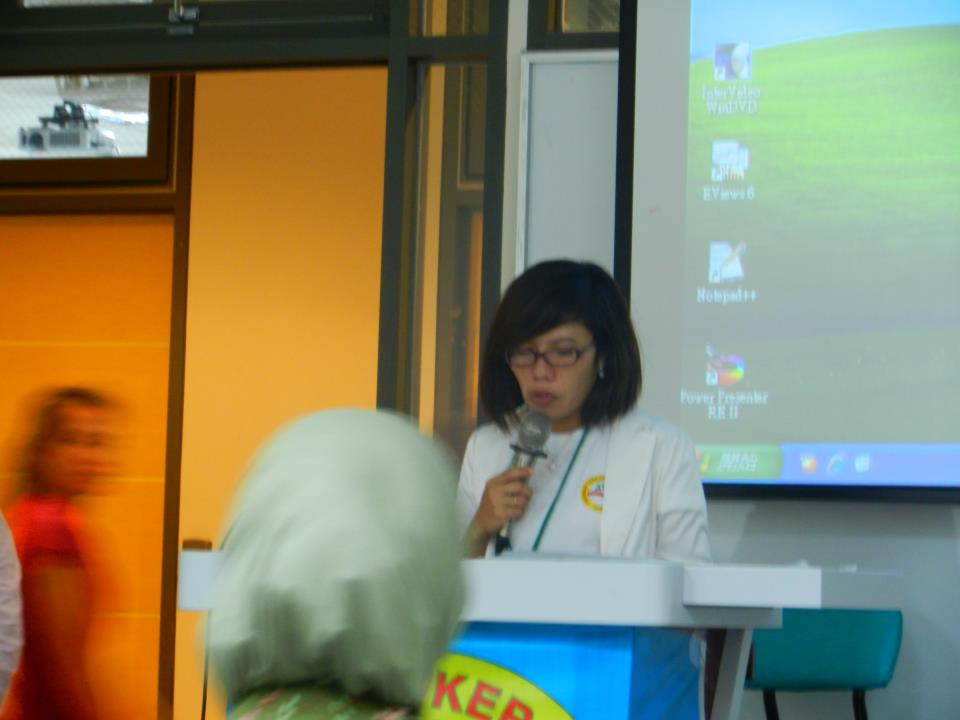 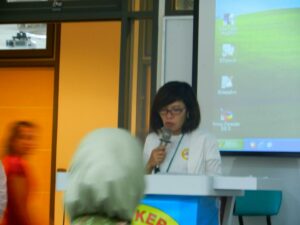 On Sunday (06/11/11), Kantor Dagang Ekonomi Indonesia or KDEI Taiwan (Indonesian Economic and Trade Office to Taiwan) was invited to a dialogue along with 40 Indonesian migrant workers which took place in University Hsih Shin building, 110 Line 1, Sec 1 Mu-Cha. RD Taipei, ROC Taiwan. The event was held by Asosiasi Tenaga Kerja Indonesia  or ATKI (Indonesian Migrant Workers Association) Taiwan in order to discuss many issue which related to migrant workers, in particular those who earn a living in Taiwan.

Harmen Sembiring, Head of KDEI Taipei, was attending the event also given chance to delivered an opening speech, afterwards, Atin Safitri as Head of ATKI Taiwan appear on stage and addressed a statement release. Rudi (29), one of ATKI Taiwan representative, then moderated discussion and raised issue on bio-metric photograph and fingerprints system for migrant passport making.

Such regulation cost workers a lot. In sum, they obliged to pay NT$ 550, which consisted of NT$ 300 for passport renewal and NT$ 250 for bio-metric photograph. According to Rudi, aside of experienced financial hardship on passport making, migrant workers in Taiwan also facing many problems, such as the seizure of their important documents and even salary by their company agent or employer.

According to Agus Wahyono (29), in order to work in Taiwan, a migrant worker shall pay at least 37 million IDR, some of them even need to pay around 50 million for working placement, notwithstanding the fact that the real cost for BNP2TKI (Indonesian Board for Migrant Placement) is only 17 million IDR in average.

“Placement fee is still being an issue for migrants in Taiwan, either for those who work in formal or informal sector,”, said Agus Wahyono, an Indonesian migrant worker who is currently working in Taiwan.

Irman (27), a man who is currently working as cabin crew in a cruise company in Taiwan explained that there is also other problem which faced by Indonesian migrant, which is a requirement of security deposit which shall be paid to private working placement agency which hardly to be reimbursed after working period ended.

After all those problems expressed by migrants in Taiwan, KDEI, as a representative of Indonesian government, sounds not very keen and gave unsatisfactory answer. “KDEI is only authorize to handle soma matters which happens in Taiwan, not a problem which happens in Indonesia and related to local company agent,” said Harmen Sembiring.