Lia binti Sanali, an Indonesian migrant worker from Wanagopa village, Kerman, Subdistrict Warureja, Tegal, Central Java was being returned home by her friends in Arab as she suffered on kidney failure disease. She was immediately taken to Rumah Sakit Polri Kramat Jati upon her arrival (14/01/12). According to Sugiono (31), Lia’s brother in law who was accompanying her in the hospital, Lia should have 2 dialysis in a week.

“Ever since she was hospitalized, she had 2 dialysis which was on Tuesday (17/01) and today (20/01). We haven’t received any notification about who will pay for her medication, whether it would be her company agent or government.” Said Sugiono through a phone call interview.

Story about Lia binti Sanali was spread by Indonesian migrants workers in Arab through facebook. Any fee for Lia’s medication while she was on shelter and hospitalized in Arab was funded by donations from Indonesians in Arab.

Lia was sent to work abroad by PT Fajar Semesta Raya Perkasa and currently is being hospitalized at Rumah Sakit Polri Sukanto Kramat Jati. She waits for help and attention from Government and BNP2TKI, also her company agent which sent her work on the 2007. 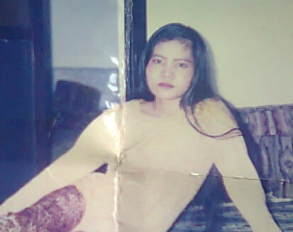