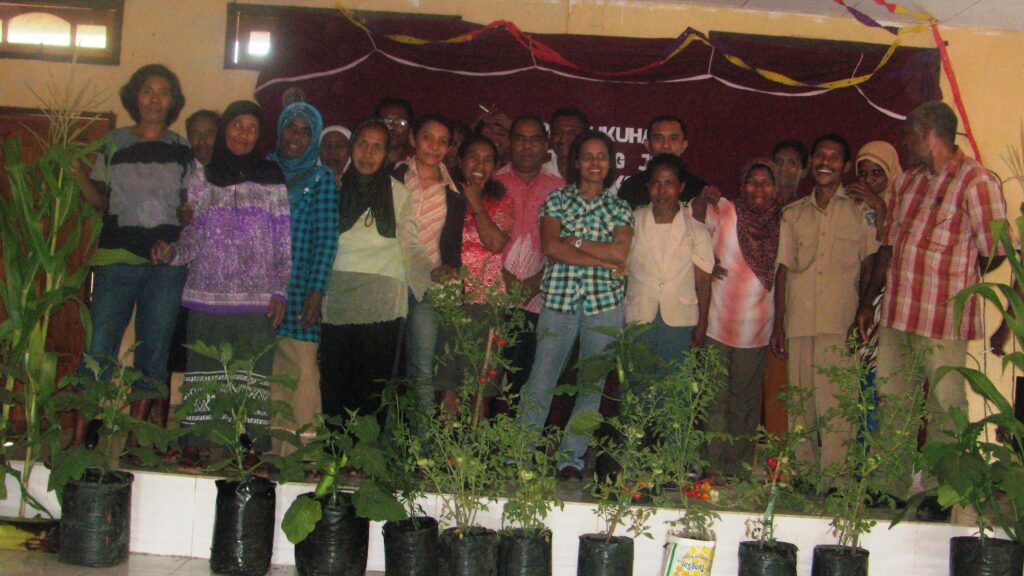 This event attended by Mr. Bili from “Balai Penyuluhan Kecamatan” (Sub-district Counseling Board) of Titehena, also Mr. Benediktus from DELSOS Larantuka, as 2 major institutions which for 2 consecutive years have been assisting family of migrant workers in this district. Headman of Konga village, Martinus Juang Lewar, on his speech said, “ This society shall facilitate a mutual cooperation for the member, to work and learn together in order to develop the wealth of community”. Furthermore, Juang wishes that this society may be a role model to other common society in the other region which currently still lack of concern and attention from many parties.

While Benediktus on his speech adressed, “DELSOS Larantuka will always put its concern and committed to assist this society which so far runs very well. We hope that this good relation and cooperation will be remain engaged”. For almost 2 years, DELSOS Larantuka has been engage a cooperation with Yayasan TIFA Jakarta and conduct a comprehensive program related to migrant workers empowerment in East Flores region. The program which also supported by ANTARA AusAid and BNP2TKI will be continued and extended until 2014.(3/10/2011).